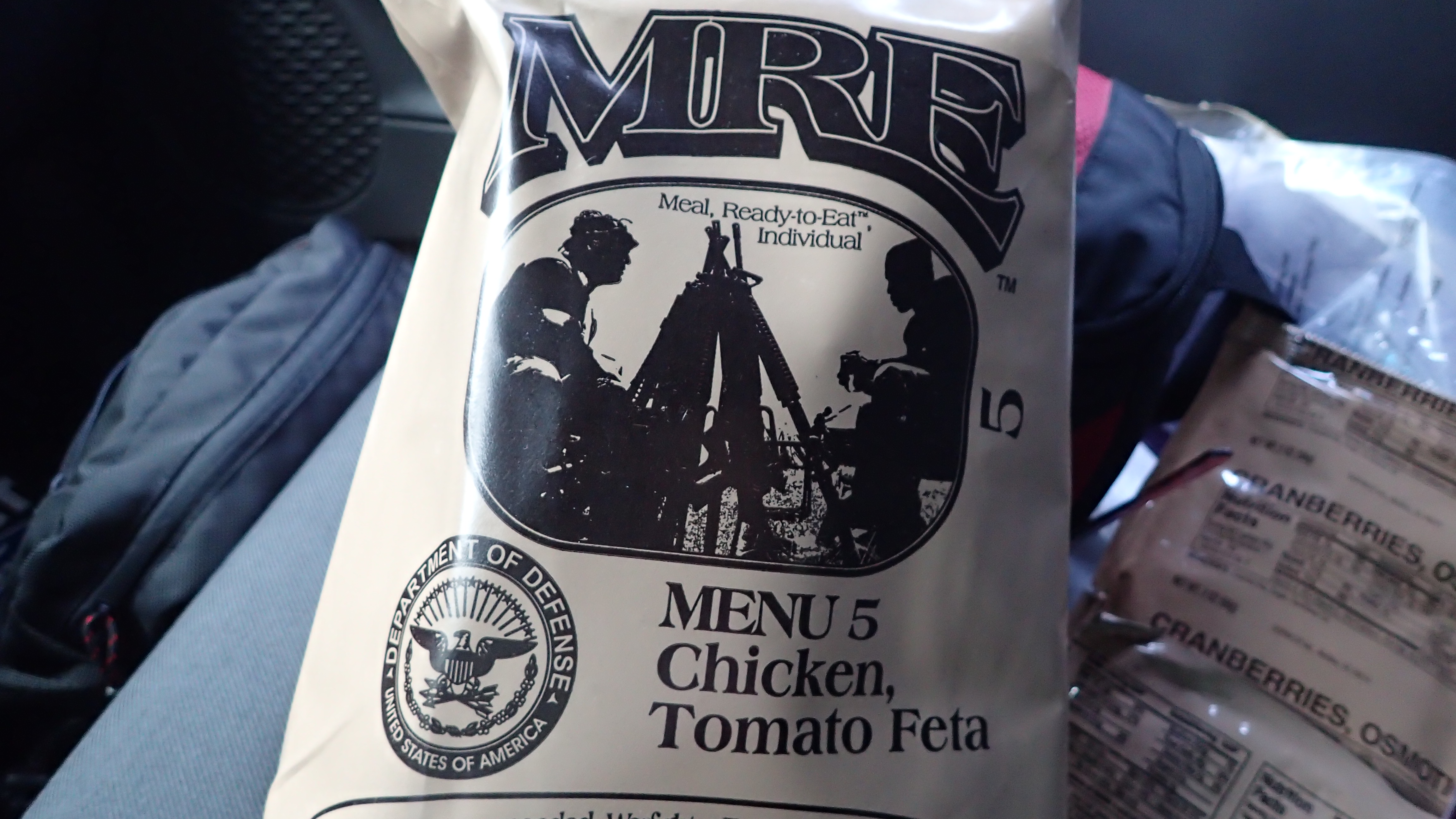 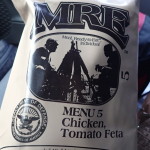 Some may think that a MRE or Meal Ready To Eat, is something that you have in case of a disaster or during a some sort of survival situation. Those who say that would be correct. MRE’s, however, can be eaten for any occasion, such as a MRE for lunch.

Let me explain. As any good prepared individual, I always have a few MRE’s in my vehicle. I mean, who knows when you may be stranded overnight in your car for what ever reason, or may be stuck at work for longer than you plan or have to shelter in place for a period of time. For whatever the reason, I think it is always a good idea to have some type of food in your vehicle at all times since you are usually in your car or very near to it.

Well, the other day, I had a bad experience at a near by fast food restaurant for lunch, the king of burgers, if you know what I mean, wasn’t running very efficiently during the lunch rush and I was stuck, in the drive through for over 20 minutes, after I had placed my order. When I stay stuck, that is what I mean, once you enter the drive through lane, there is no way to get out without following the flow, there is a curb, with plants and drop off on one side and the building on the other side and cars behind so I had to wait in line, sadly there were only three cars in front of me so you wouldn’t think it would have taken that long but I digress.  Once I got to the window, I paid for my order, was handed the bag and my drink. I had to ask for a straw and I also asked for a couple of onion ring sauces, to which I was told were an additional $.27 each. Yep, I had just paid $8.79 for a meal and they now wanted to charge for extra sauce. I got one as part of the meal, but one just isn’t enough.  One thing I can’t stand is to be nickel and dime, especially when paying $8.79 for a whopper meal is already too much for the quality of food that it is.

The experience reiterated to me something that I already know, eating fast food isn’t good for me and I shouldn’t be eating there anyway, so because of a $.27 extra condiment charge and a just as bad an experience with the hamburgler and his golden arches a few days earlier that I have made a decision to not go to fast food for lunch any more, with the exception of Chick-fil-A which has outstanding food and service every single time.

Back to the purpose of this post. So here I am the other day, working at a contract gig and no time to go out to lunch but needed to get something to eat.  I didn’t want to eat lunch at the vending machine so, I went to the car and pulled out one of my MRE’s. Granted, it may not be the most healthy food, but, IMHO it is better quality than the two previously mentioned burger joints.  It is also cheaper, the MRE I had cost me $5.41 and it had a lot of food!

It was a Chicken Tomato Feta as the man meal. Stuffing as a side disk, some vegetable crackers with cheese. For 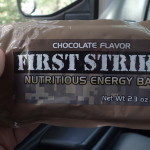 desert there was dried cranberries and a First Strike chocolate energy bar. I had the crackers and cheese as the meal was heating up in the heater bag. Mixed the stuffing in with the main dish and had a fantastic meal. It was really even too much for me to finish, after all, these meals are designed for our troops who are burning tons of calories a day, I just needed it for lunch.  Today, I had a second lunch out of it and ate the energy bar and the cranberries.

My point is you never know when you may need a quick meal and it may not be due to a disaster. Keeping a few MRE’s handy is  great idea and can come in handy even in good times. The cost is reasonable and like I said you can actually eat on it for two days in good times, maybe three if you eat the main dish one day, side dish another and extras another.

What to you think? Good idea or not?

By: Prudence ~ VigilPrudence.com Category: Uncategorized
« Preparing For A Water Main Break » Six Tips For When Communication And Information Go Silent