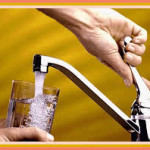 A boil water alert means that you should not consume water from your normal municipal water source until you boil it to a rolling boil for at least a minute. Consume means, drinking, cooking, brushing teeth, washing dishes and pet bowls.

Without water you and I as humans won’t last much longer than three days. When I refer to water, I mean clean water. You may get access to water, but if it isn’t clean, it may allow you to live longer than three days, but it just may make you sick, possibly to the point of causing you to die from the sickness rather than lack of water.

Most people don’t pay attention to the news they hear about these type of notices. Some people, don’t live in the county that the building is in so they may not focus on or connect that they boil water alert would effect them. Here I am a person who pays attention, and I didn’t hear about the alert until the announcement at the office was made, so such notices can easily be missed.

My point here is, a concern that I have written about before, and that is, you may not be able to rely on the media to notify you in time that the municipal water source you are drinking from is clean.  Just look at today, the notice was sent out on Saturday, but the building didn’t notify staff or put signs on water fountains and ice machines until two days after the notice was issued. That is why I recommend never drinking water unless it has been filtered, for me, I put my trust in a Berkey water filter and don’t drink water unless I have filtered it. Here is a quick video I made on my Portable Clean Water Supply kit.

Some may say I write a lot about water, well that is true, because your body and mine are made up of around 60% water. Without good clean water, we just won’t survive, or may become very sick.  It is also because it seems that boil water alerts are occurring more often and are covering larger areas when they are issued. The utility infrastructure is getting older, some newer systems are being controlled by computers which can fail or be hacked. The water system in just to fragile to not have a plan in place for yourself and your family to always have a clean water supply available to you at all times.

Plan now, don’t wait for the boil water alert. When I received the notice today I was already prepared, I have my portable water kit with me, and not only do I have clean water for myself, but I was also able to share it with others, all they needed was a cup or water bottle…why, because as soon as the notice was received, the bottle water in the vending machines was cleaned out.  Was it a panic?  Maybe in a calm way, it is not like we are not located close enough to stores that bottled water is available, but people still made a calculated move to get clean water. Imagine if it was a wide spread issue, how fast would bottled water disappear? Having a water filter, such as a Berkey can ensure you will be able to purify water from any water source without the need to boil it. It is so worth the investment, and it is an investment that will appreciate every time there is a boil water alert or disaster that effects the water supply.

We use cookies to personalise content and ads, to provide social media features and to analyse our traffic. We may share information about your use of our site with our social media, advertising and analytics partners who may combine it with other information that you’ve provided to them or that they’ve collected from your use of their services. You consent to our cookies if you continue to use our website.OkPrivacy policy